I cannot believe that Thanksgiving is almost here.  This year has passed by so fast, faster than any of my previous years. I’m not sure if that is a result of getting older or having children.  Anyway, for Thanksgiving I wanted to send my husband something homemade that he would normally have if he were home for the holidays.  He is in denial of the very obvious fact that he is a “sweets person”.  He will tell anyone who asks that he doesn’t care for cookies or cake, but the second I take a dozen muffins or a delicious pie out of the oven, there he is, right by my side, drooling and begging like a little puppy.  That amazing banana pudding I made earlier this year, he ate 95% of it.  I think I had one or two servings and went back the next day for a little afternoon dessert and, low and behold, there was the empty bowl, scraped clean.  He was nice enough to put the plastic wrap back over it though.  I’m getting off the subject here, but I just need to add that Sam is one of those people who will finish off a gallon of milk and put the empty jug back in the refrigerator.  Even though that drives me crazy,  I miss opening the refrigerator to an empty gallon of milk.  Anyway, back to sending Sam something homemade…I decided to go with pumpkin bread.  I have researched a few different ways to ship it to where it will actually be edible by the time Sam gets it and I think I’ve got it:  I’m going to wrap the loaves in plastic wrap when they finish cooling, then freeze them, then first thing Monday morning, I am going to vacuum seal them in another bag and mail them off! It will take about two weeks and I am praying they survive the trip! They look so yummy.

I used the same Better Homes and Garden recipe that I’ve used for the past few years now.  It is simple and the bread turns out delicious! Next month I plan on sending some Christmas cookies and maybe a gingerbread! I was talking to a few of the lovely wives whose husbands are deployed with mine and we agreed that this “care-package therapy” is a big part of what keeps us going.  I believe it helps our husbands, too.  Sam is always asking about the next package. He will tell me a few things that he wants or needs, but leaves the rest to me to surprise him. I think I do a pretty good job, although if he reads this he’ll know about the pumpkin bread. That’s okay because I have an even better surprise in this box.  Of course, I have the regulars: tuna and ramen noodles, but there are a few goodies that I know he will really appreciate.

Anyway, I have to get back to the mommy thing.  Have a great Saturday and thanks for reading!

I stumbled upon a recipe that could be the death of my size 2 jeans. I was cleaning out my closet, trying to get rid of clothes and purses that I didn’t use anymore and in the pocket of one of the clutches I was giving away I found the recipe for the amazing banana pudding that a nice lady named Mrs. Ruth from Gethsemane Baptist Church always makes.  I knew she had given me this recipe at my bridal shower, but I wasn’t sure where I had stashed it until then. Why was it tucked away in some random purse? I have no clue…probably to protect myself from it. 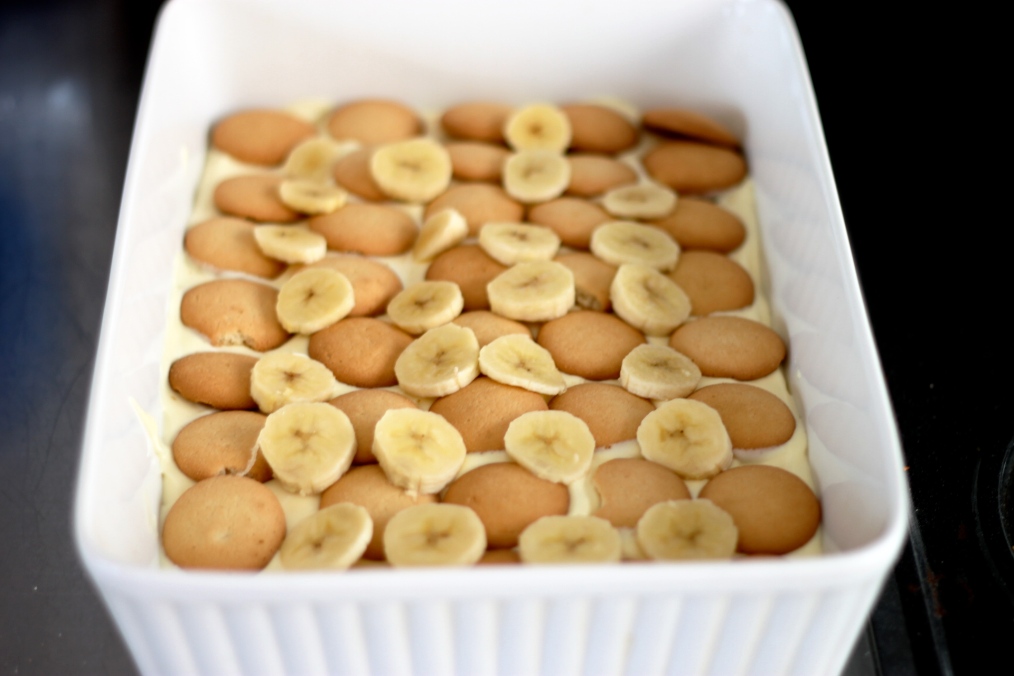 Anyway, I decided to make it despite the danger it could possibly do to my waistline. It is day 5 of the banana pudding occupation and I am still managing to fit into my jeans. I have decided to share the recipe with the rest of the world..or at least with my readers. I got to looking around and it turns out that this is a pretty basic recipe for banana pudding. I am thinking of adding cream cheese to the next batch…which won’t be anytime soon..probably 3 years from now.

1 box of vanilla wafers for layering

Mix vanilla pudding and milk in mixing bowl for 2 minutes on medium speed. In a separate bowl, mix sour cream and cool whip together and fold into the pudding. Layer the pudding with the bananas and wafers. I like to start with a layer of wafers, just so there is a solid bottom. Then, refrigerate until ready to serve!

Follow Me + Three {and counting} on WordPress.com
Join 1,685 other followers 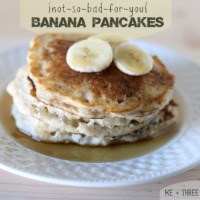 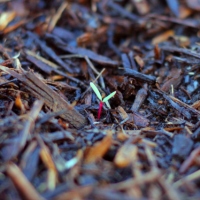